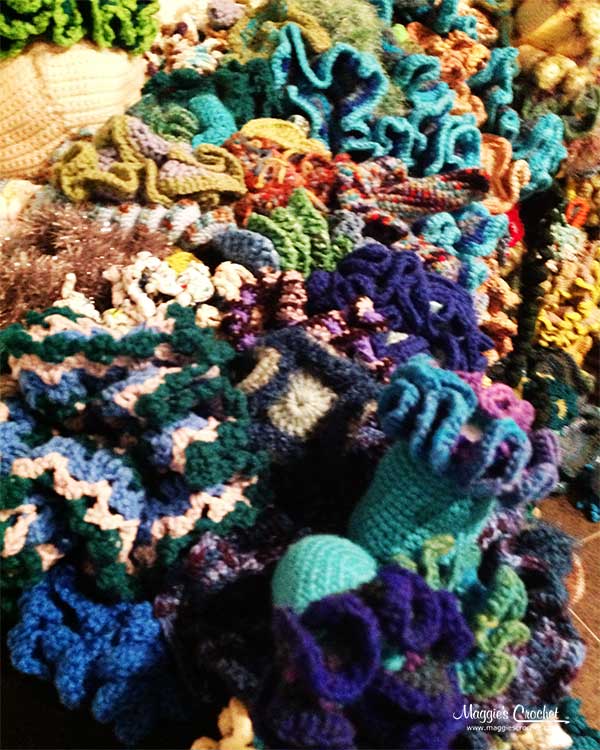 Picture the majestic Great Barrier Reef in Australia. Maybe this is a place you always wanted to visit, or maybe you have been there. Either way, the color and texture of this beautiful wonder has caught your eye at some point. Now picture the gorgeous coral in crochet form. 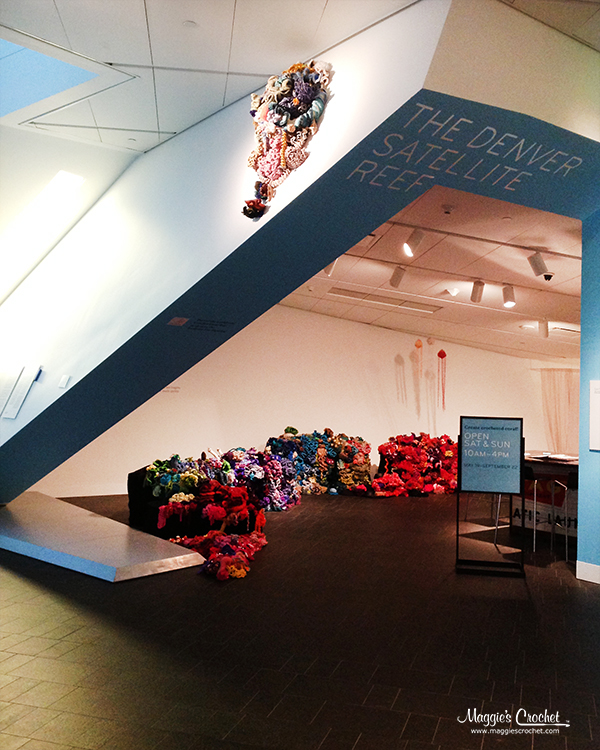 The Crochet Coral Reef project at the Denver Art Museum 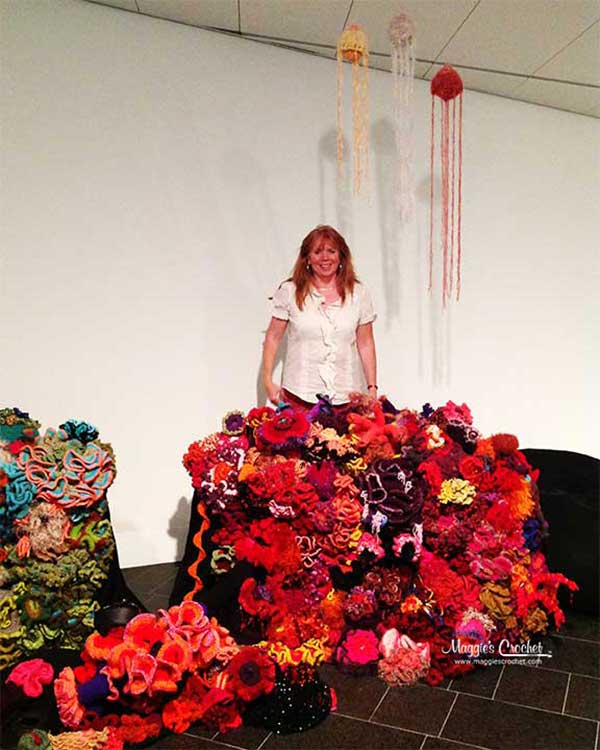 At first glace, the Crochet Coral Reef (CCR) project looks like the real thing until you step closer and see the fine crochet stitches that were used to create columns, tubes and other coral-inspired shapes. These shapes are not accidental, they were using the scientific based technique called hyperbolic crochet. 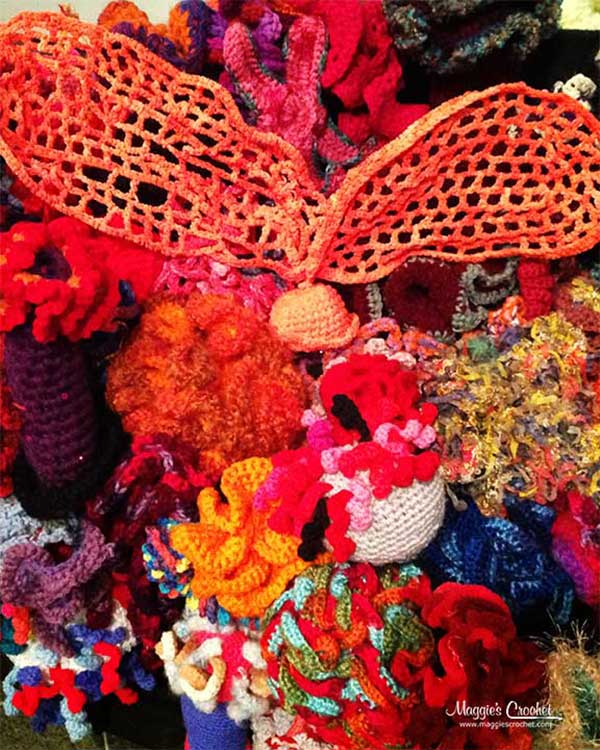 Hyperbolic crochet from the CCR project 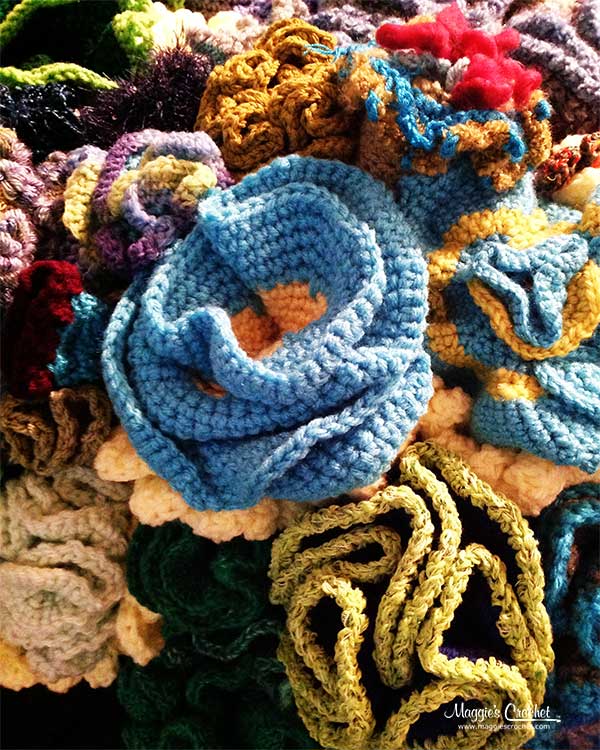 Another example of hyperbolic crochet

Hyperbolic crochet is a technique that combines mathematics and science to create pure and mutated shapes with a mathematical algorithm. Crochet is a needlecraft art that is easy to manipulate into the desired formations for a coral reef. The project started with the original coral reef, but it didn’t stop there. The colorful coral shapes inspired many others to continue exploring the coral reefs, which is exactly the purpose of the CCR project: to bring awareness to this natural wonder that is being threatened.

There are several sub-reefs that were developed later. This includes the Bleached Reef made from white and neutral yarns, Beaded Reef and Branched Anemone Garden; all with their own artistic look and story as to the creation. There is even a Toxic Reef, a large project crocheted entirely from yarn and plastic trash to illustrate the enormous trash pollution problem that is affecting oceans and marine life throughout the world. 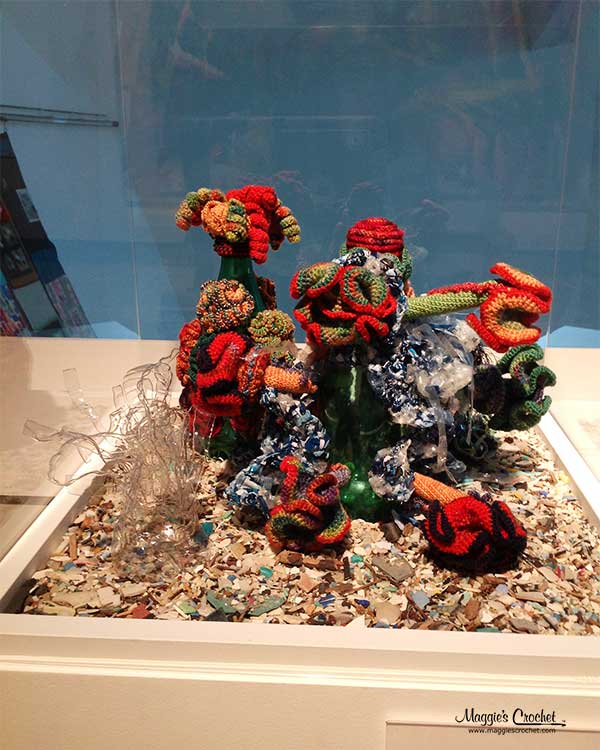 The inspiration for making crochet reef forms begins with the technique of “hyperbolic crochet” discovered in 1997 by Cornell University mathematician Dr. Daina Taimina. The Wertheim sisters adopted Dr Taimina’s techniques and elaborated upon them to develop a whole taxonomy of reef- life forms. Loopy “kelps”, fringed “anemones”, crenelated “sea slugs”, and curlicued “corals” have all been modeled with these methods. The basic process for making these forms is a simple pattern or algorithm, which on its own produces a mathematically pure shape, but by varying or mutating this algorithm, endless variations and permutations of shape and form can be produced. The Crochet Reef project thus becomes an on-going evolutionary experiment in which the worldwide community of Reefers brings into being an ever-evolving crochet “tree of life.” 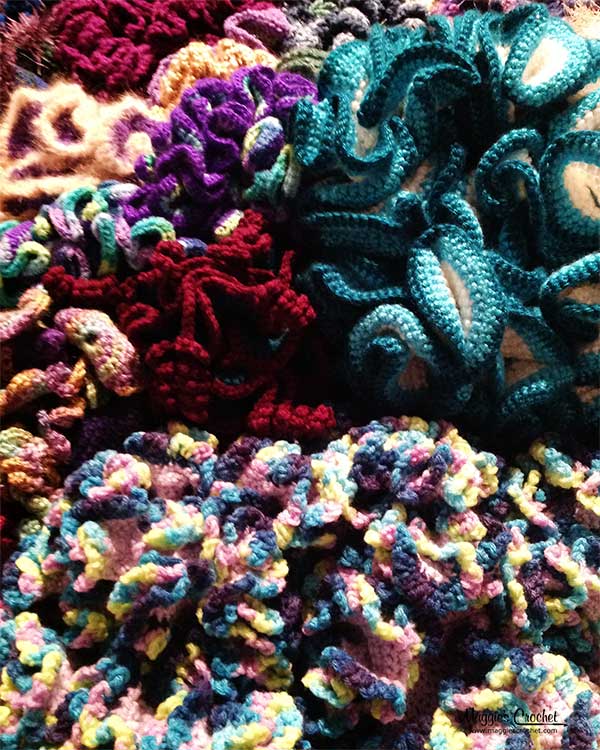 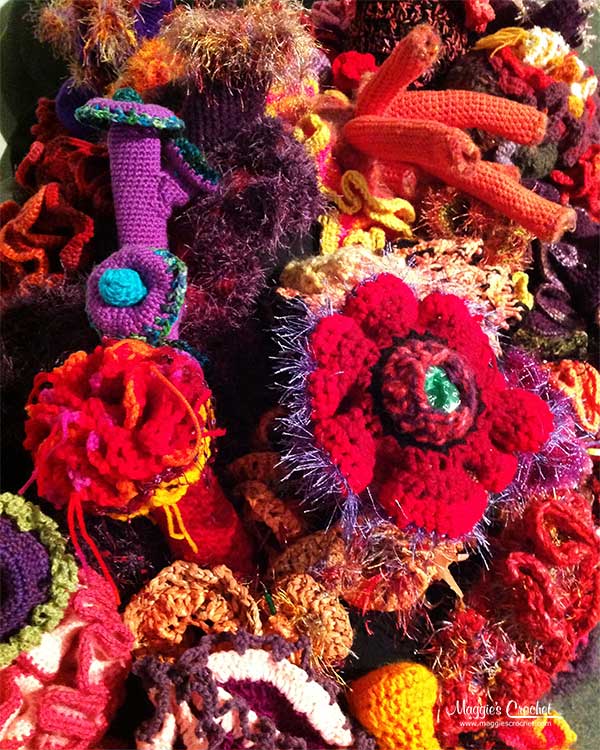 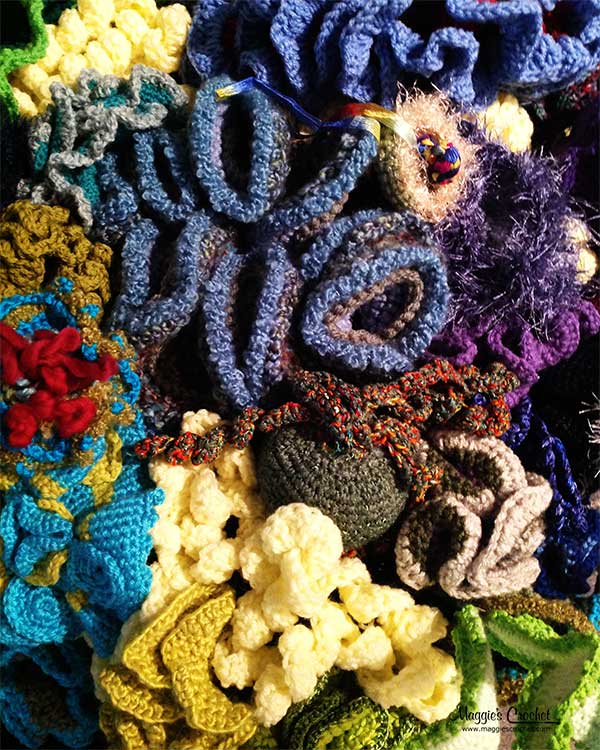 As a totality, the Crochet Reef has grown far beyond its original incarnation on the Wertheim’s coffee table so that today it is made up of many different “sub-reefs,” each with its own colors and styling. Major sub-reefs include the Bleached Reef, the Beaded Reef, the Branched Anemone Garden, the Kelp Garden, and The Ladies’ Silurian Atoll, a ring-shaped installation with close to 1000 individual pieces made by dozens of our most skilled contributors around the world. In addition to these delicate woolen reefs is also a massive Toxic Reef crocheted from yarn and plastic trash – a part of the project that responds to the escalating problem of plastic trash that is inundating our oceans and choking marine life. 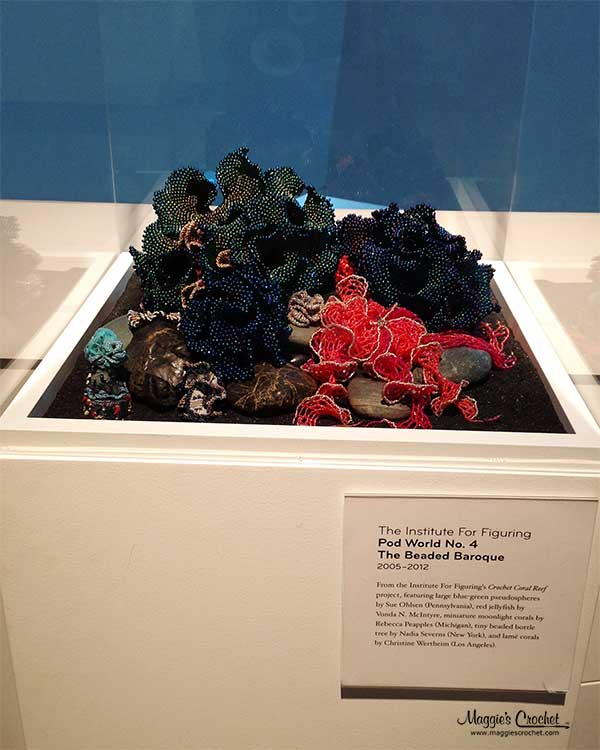 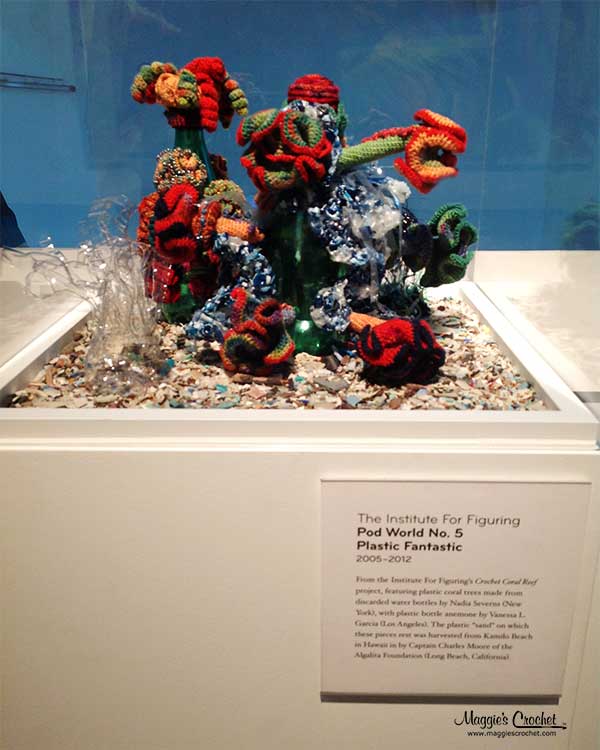 Notice the use of plastics in the Toxic Reef

Thanks for reading. If you enjoyed this post read more about CCR in our post Coral Reefs Around the World.

Have a great day, Maggie 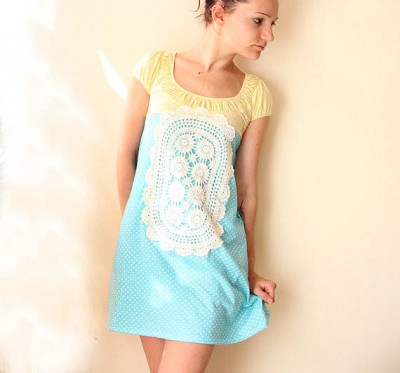 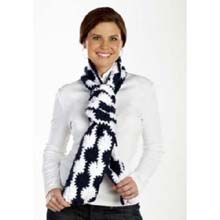